We chose to interpret classical music from a perspective that gives up all representation of the object or figure.

Compositions were organized in the form of a speech, oscillating between meticulousness and balance on one hand, exuberance and impetuosity on the other.

The Poster Series of «les Concerts du mercredi» 2016-17 was awarded by the European Design Awards 2017 and nominated by the German Design Award 2017.

The catalogue of «les Concerts du mercredi» 2016-17 was awarded by the International Design Awards, Los Angeles. 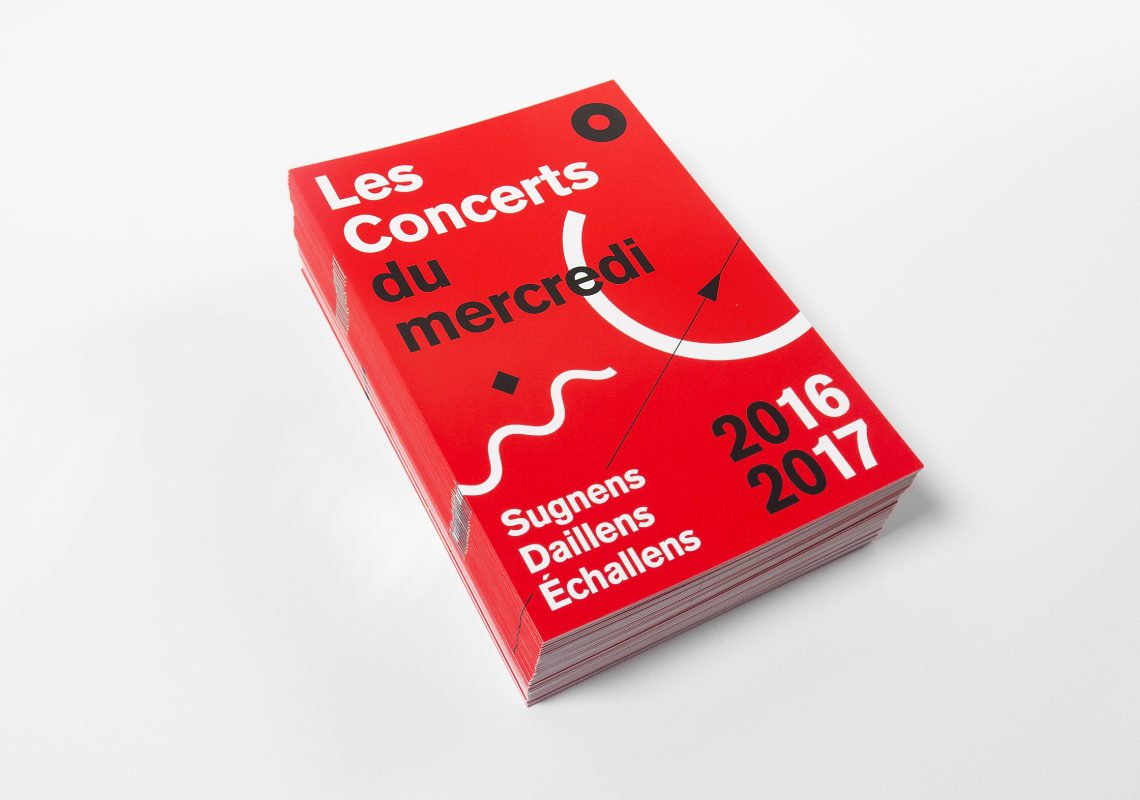 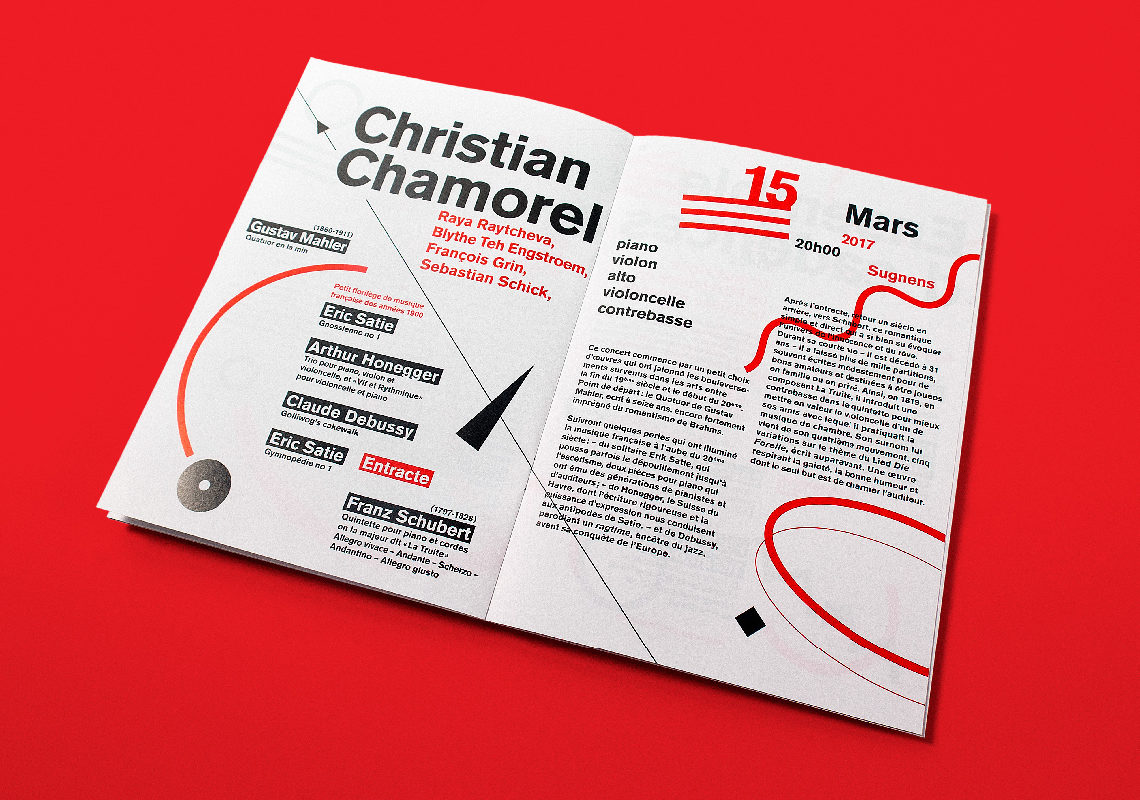 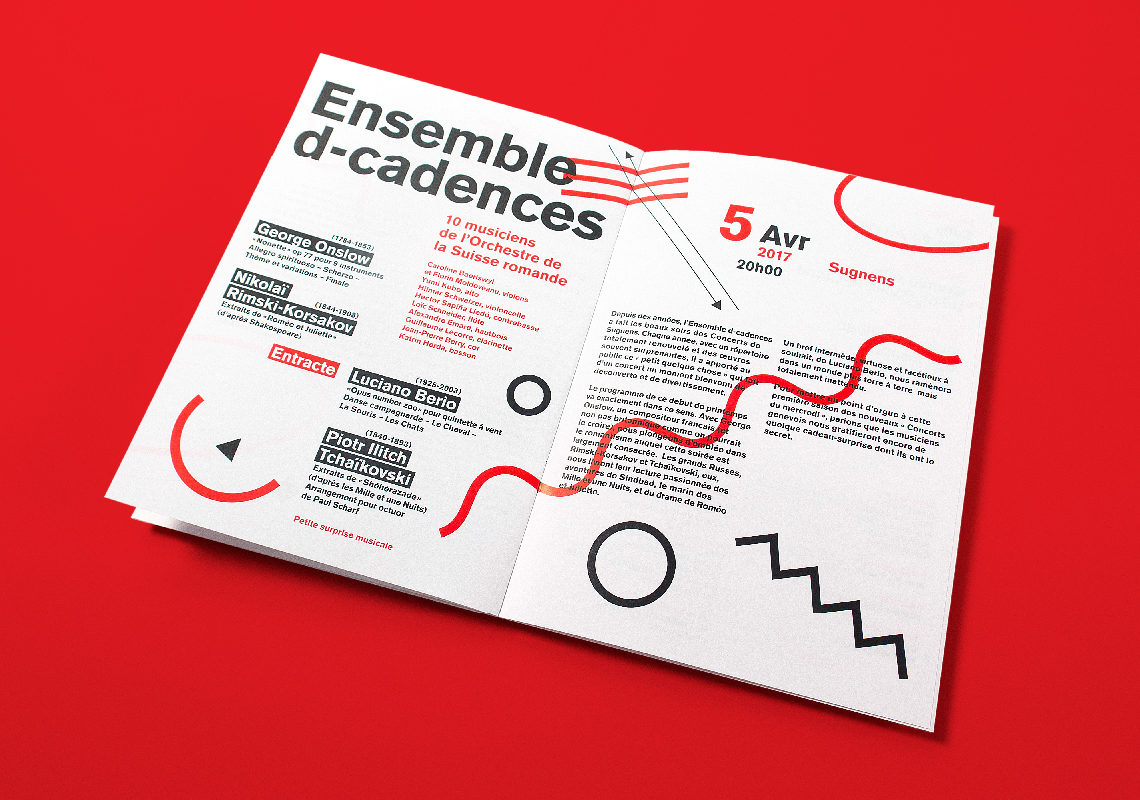 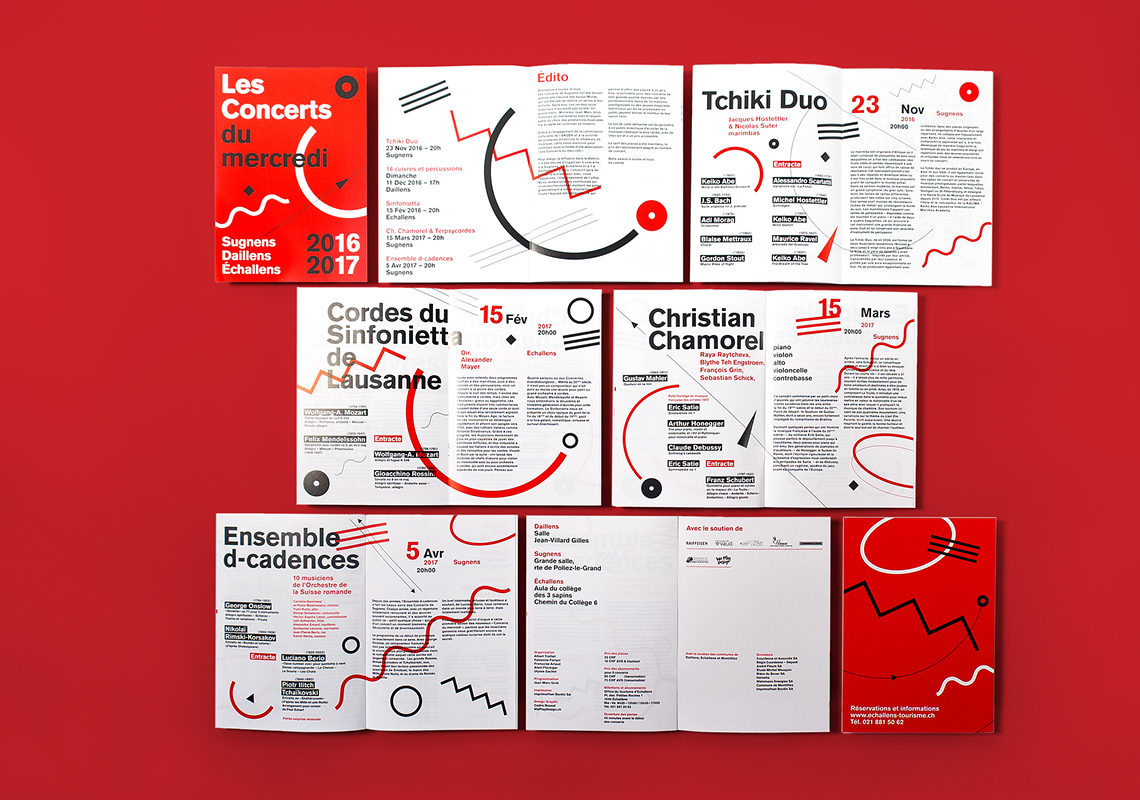 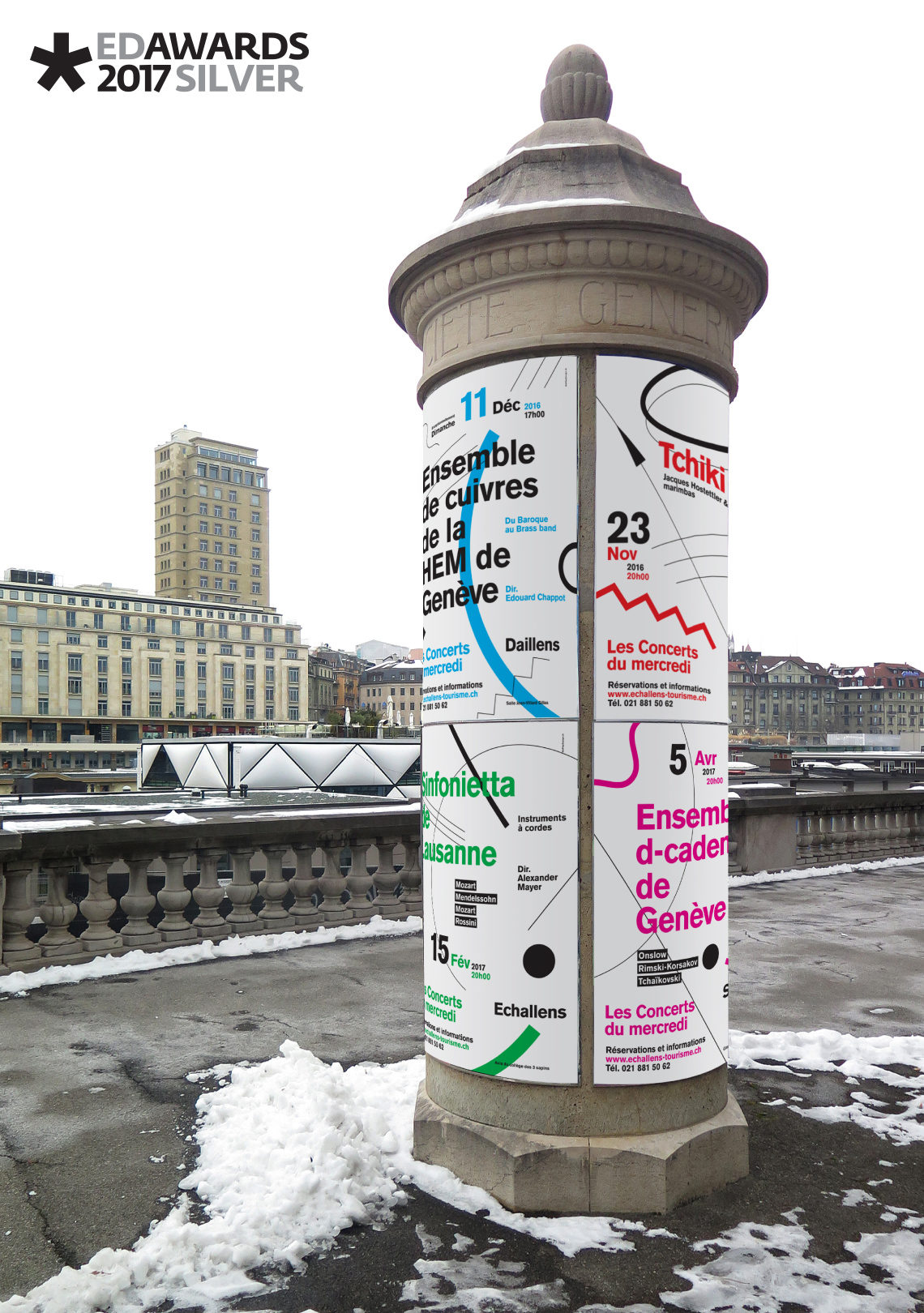 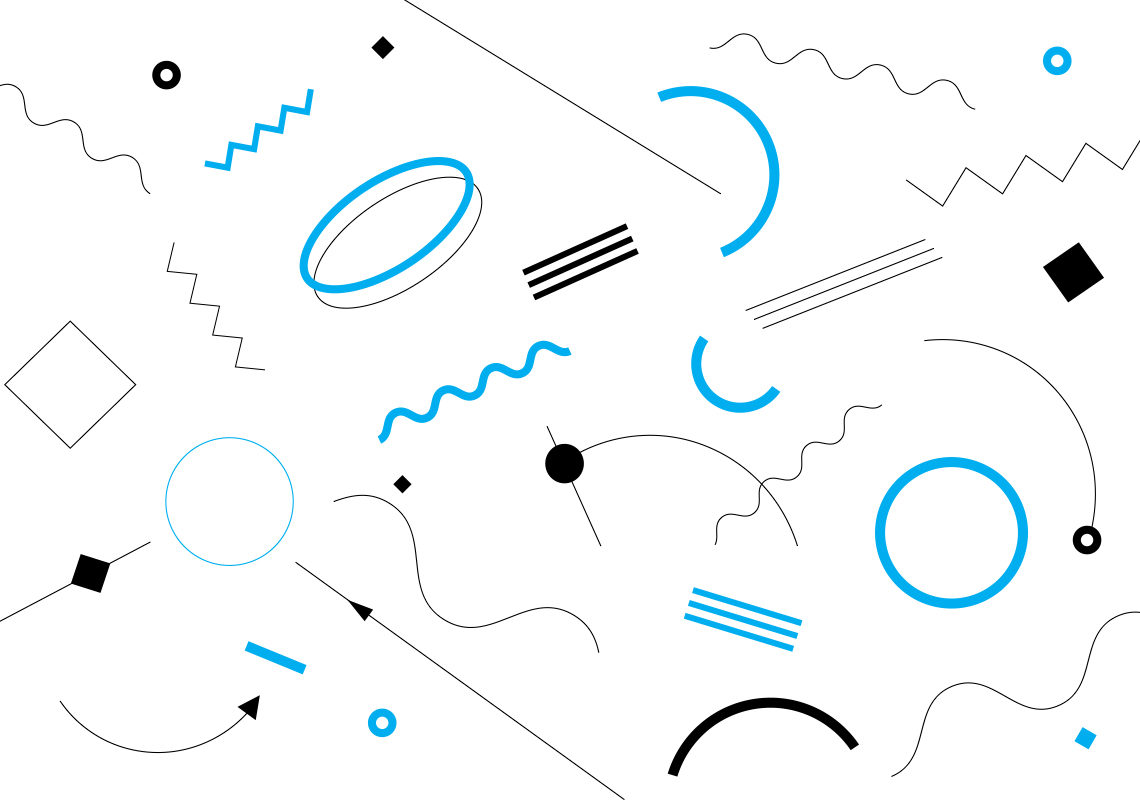 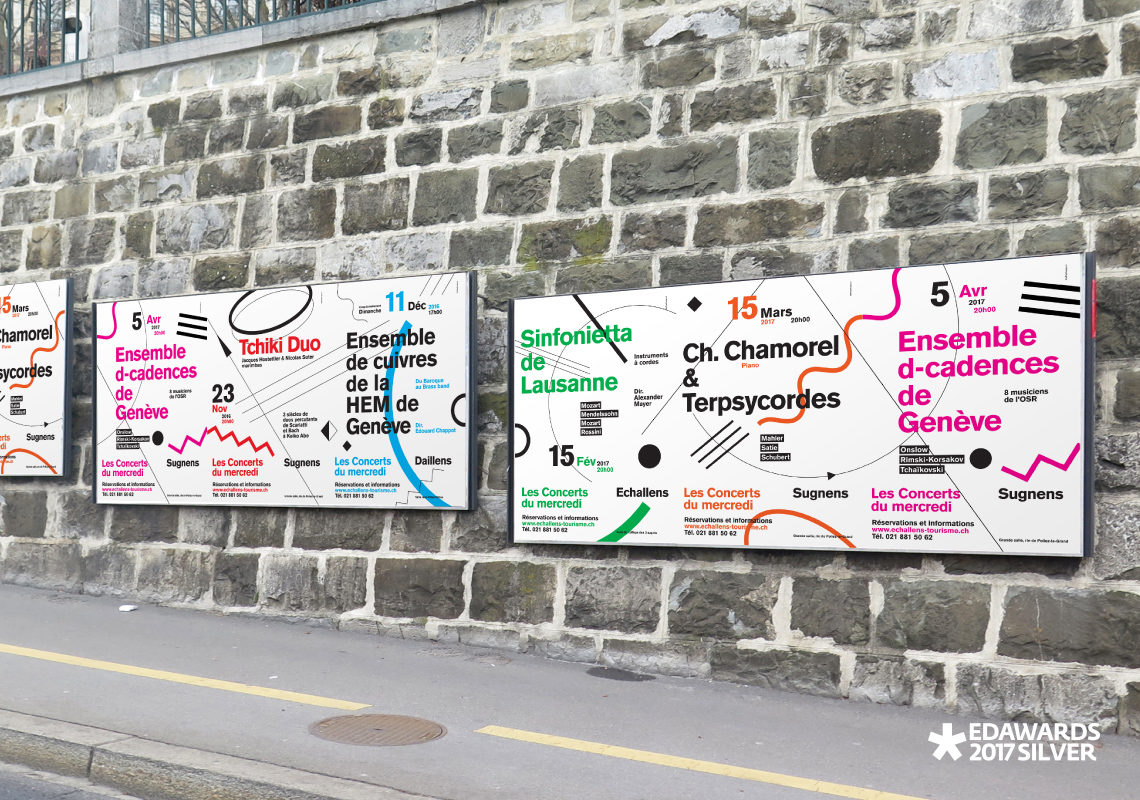